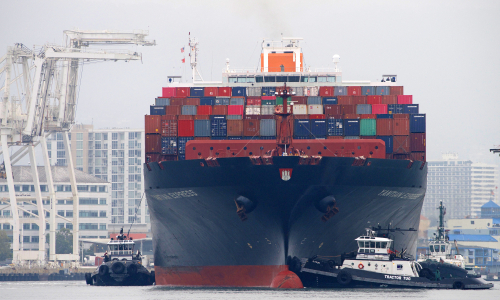 The container fire on the Hapag-Lloyd vessel Yantian Express that started on 3 January is now under control, the container line said.

A fire broke out in one container on the deck of the 7,510-teu container ship on its way from Sri Lanka to Canada, spreading to additional containers. The German container line said efforts since then to extinguish the fire “have made continuous progress under the direction of the salvage company Smit and in cooperation with the Hapag-Lloyd crew on the scene, as well as Hapag-Lloyd’s emergency-response team in Hamburg. These combined efforts have allowed the fire to be largely contained and brought under control.”

Hapag-Lloyd reiterated that it was still not possible at this time to make a precise estimate of any damage to the Yantian Express or its cargo, with the line “working in close cooperation with all relevant authorities”.

The 7,510-teu vessel, which is 320 meters long and sails under German flag in the East Coast Loop 5 (EC5) service, was built in 2002 and was on its way from Colombo to Halifax via the Suez Canal.