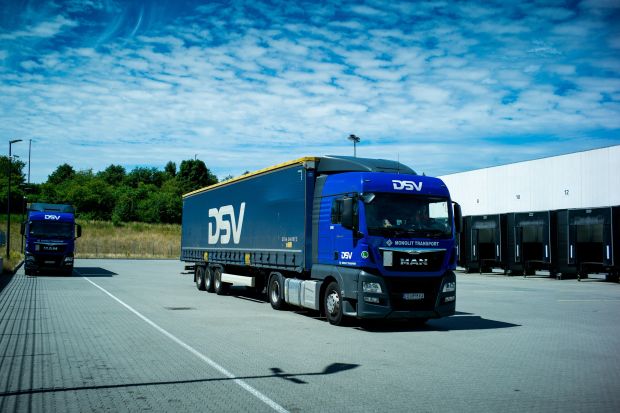 DSV and Panalpina have reached an agreement on the terms and conditions of a merger that will create one of the world’s largest transport and logistics companies, with a combined revenue of around DKK 118 billion (US$17.8 billion) and a combined workforce

The proposed ‘DSV Panalpina’ combined entity is set to become a ‘top 4’ global freight player after almost 70% of Panalpina shareholders agreed to offer their shares under a Public Exchange Offer from DSV equivalent to CHF195.8 per share, valuing the Swiss forwarder at CHF4.6 billion (US$4.62 billion).

The agreement seems set to bring to an end months of merger and acquisition (M&A) uncertainty for both companies, after DSV late last year made an unsuccessful bid to acquire Ceva Logistics, and then in January made a CHF170 per share offer to buy Panalpina, which was initially rejected by Panalpina’s main and dominant shareholder, Ernst Göhner Foundation. Rejecting a subsequent improved CHF180 per share offer from DSV in February, Panalpina then revealed that it had begun talks about a potential strategic cooperation with fellow 3PL Agility.

Panalpina today confirmed that those talks with Agility “have been discontinued”.

Explaining the strategic rationale of a DSV-Panalpina merger, Panalpina highlighted that acquisitions “are an integral part of DSV’s strategy, and DSV has a track record of successful integrations”, adding: “Scale remains one of the key competitive advantages in freight forwarding with significant operational and commercial benefits.

“The combination with Panalpina is expected to increase DSV’s annual revenue by close to 50%, which will rank the combined companies in the industry top four with a pro forma revenue of approximately DKK 118 billion and a combined workforce of more than 60,000 employees. The combined company will have own operations in more than 90 countries.

“The Air & Sea division will be substantially strengthened and will be among the largest providers globally with close to 3 million containers (TEUs) and more than 1.5 million tonnes of air freight transported yearly.”

Panalpina highlighted that contract logistics capabilities “are increasingly important, due to complex supply chains and changing distribution channels. The Solutions division will be strengthened and Panalpina will bring additional warehousing capacity of more than 500,000 square metres.” And DSV’s road network “will be a strong addition to Panalpina’s existing service offering”.

Peter Ulber, chairman of the board of Panalpina, commented: “In the course of the past weeks, Panalpina’s board of directors and management has been exploring different strategic initiatives and held discussions with DSV about a potential combination. The board of directors’ assessment is that the updated proposal of DSV is very attractive.

“It is recognizing the quality of Panalpina’s employees, the company’s strong position as one of the world’s leading providers of supply chain solutions, and its special competencies and know-how in air and ocean freight. The board of directors recommends Panalpina’s shareholders to accept the offer.

“Talks with Agility have been discontinued. We are now looking forward to join forces with DSV and contribute to creating one of the world’s largest transport and logistics companies. Our customers will be able to benefit from a stronger network and service offering as well as new competencies and skills.”

Kurt Larsen, chairman of the board of DSV, commented: “A combination of DSV and Panalpina further strengthens our position as a leading global freight forwarding company. Together, we can present a strong global network and enhanced service offering to our clients, further solidifying our competitive edge in the industry.

“It’s a great match on all parameters; Panalpina is a great company and we’re very excited by this possibility to join forces and to welcome Panalpina’s talented staff.”

The companies said a combination of DSV and Panalpina “is a strong match, with many potential synergies as a result of similarities in business models, services and strategies”, highlighting: “unique customer relationships and vertical expertise; operational excellence and efficiency ‘DNA’; commercial synergies and cross-selling opportunities from stronger network and service offerings, new competencies and skills; consolidation of operations, administration and logistics facilities; consolidation of IT infrastructure.”

They added: “It is the target for the transaction to be EPS (earnings per share) accretive (diluted and adjusted) in ‘year 2’ after settlement of the Public Exchange Offer, and it is DSV’s aspiration to lift the operating margin of the combined entity towards DSV’s existing level. Following settlement of the Public Exchange Offer, further details on the impact of the acquisition will be communicated. This will include estimates of synergies and integration costs as well as an update on the financial outlook and financial targets.”

The companies said an integration committee comprising an equal number of Panalpina and DSV representatives will be established “to oversee the integration process and ensure a fair treatment of all employees. A thorough evaluation will be carried out with the aim to maintain relevant functions and competences in Switzerland.”

Panalpina highlighted: “Following completion, DSV will propose to its shareholders, at an extraordinary general meeting to be convened, to change its name to ‘DSV Panalpina A/S’, which reflects the long, rich history of both companies.”

Subject to fiduciary duties, DSV has agreed with the board of directors of Panalpina to propose a dividend policy with a pay-out ratio to DSV’s shareholders of approximately 15% of net profit.

Under the Public Exchange Offer, DSV will offer 2.375 DSV shares (with a nominal value of DKK 1 per share) for one Panalpina share (the ‘Exchange Ratio’). Fractional DSV shares will be settled in cash. Based on the DSV closing price of DKK 550.4 and an exchange rate of DKK 1.00 = CHF 0.1498 as of 29 March 2019, the Exchange Offer equals an implied offer price of CHF 195.8 for each Panalpina share.

Using the closing price of DSV prior to the date of this announcement, the Exchange Ratio represents a premium of approximately 43% to the on-exchange closing price of Panalpina shares on SIX of CHF 137 on 15 January 2019, the day before DSV’s initial proposal was published.

DSV has undertaken to nominate and recommend to its shareholders that a candidate proposed by Ernst Göhner Foundation will be elected to the board of directors of DSV A/S. Ernst Göhner Foundation has undertaken not to sell or dispose of its DSV shares for a period of 24 months following settlement of the Public Exchange Offer, save for limited participation in share buy-back programmes that may be undertaken by DSV in the future.

Thomas Gutzwiller, Member of the Board of Trustees and Chairman of the independent Panalpina Committee of Ernst Göhner Foundation, commented: “In view of the ongoing industry consolidation and resulting opportunities and risks, we have carefully considered various options for Panalpina with an open mind. Our Board of Trustees unanimously concluded that the proposed combination under the umbrella of DSV provides the best opportunities for Panalpina to meet future market challenges from a position of strength and to create value for all stakeholders.

“As an entrepreneurial foundation with a philanthropic purpose, we feel very comfortable with the announced solution both in terms of quality and security as well as earnings potential. In this spirit of continuity Ernst Göhner Foundation looks forward to supporting DSV Panalpina as the largest shareholder.”

* Exchange ratio of 2.375 DSV shares (with a nominal value of DKK 1 per share) for one Panalpina share

* Transaction multiple: 28.1x reported 2018 EV/EBITDA multiple (pre-IFRS 16) of the Panalpina group calculated on the basis set out above

* The Public Exchange Offer is subject to the satisfaction of customary conditions, including acceptance by 80% of all publicly held Panalpina shares (including the 69.9% shares already subject to an agreement to tender), receipt of all necessary regulatory approvals, approval of a capital increase at an extraordinary general meeting in DSV, approval of a listing prospectus and admittance of the new DSV shares for trading at NASDAQ Copenhagen and effectiveness of a US Registration Statement

A summary of the material terms and conditions of the transaction agreement entered into between DSV and Panalpina in relation to the Public Exchange Offer will be part of DSV's listing prospectus, which is expected to be published towards the end of Q2 2019 and will be available, together with other Public Exchange Offer documents as required by law, at investor.dsv.com.